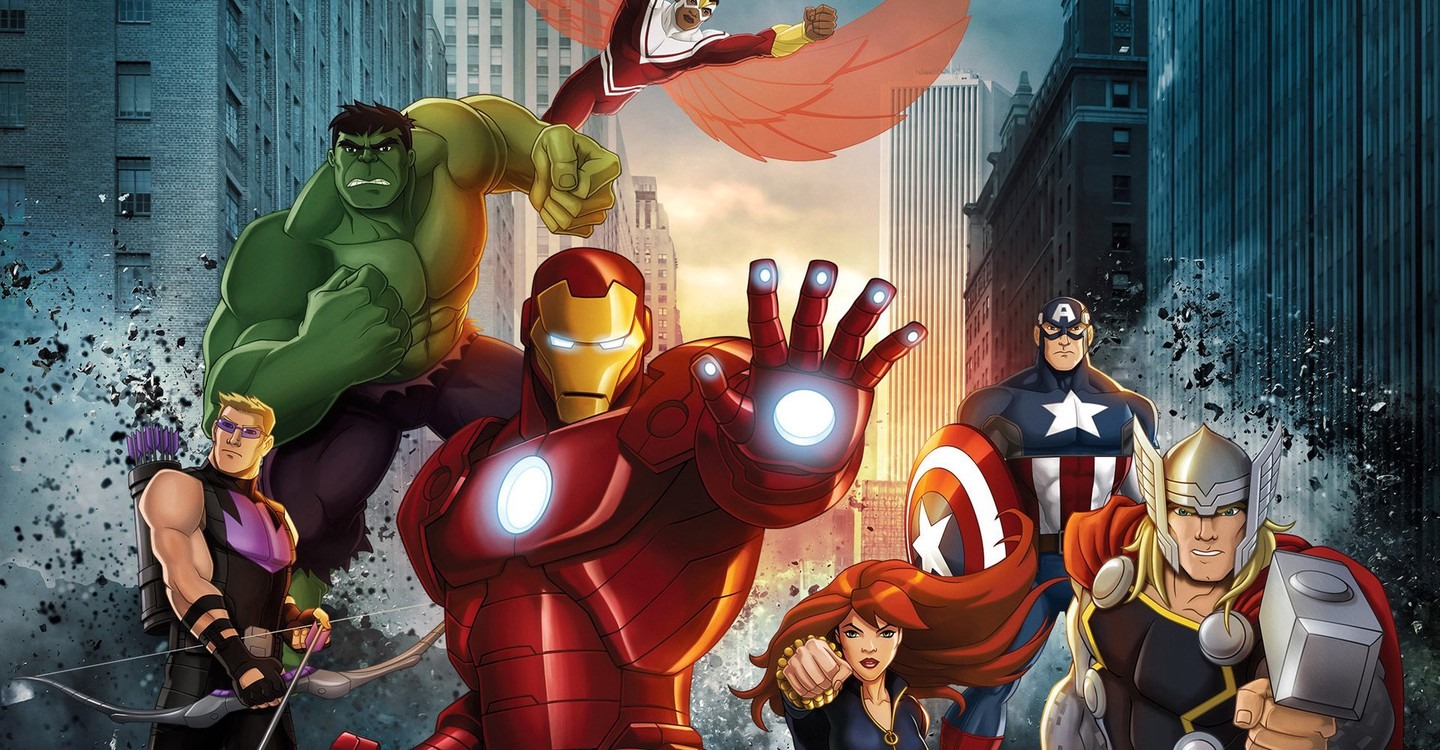 The main super heroes are in Avengers Assemble was not fixed because as series passes the new members joined the team. The initial members of this animated tv series was Captain America, Thor, Iron Man, Hulk, Black Widow, Hawkeye and Falcon. Avengers team is basically inception of SHIELD who created the team of super heroes to save the world from aliens and other villains. In Avengers Assemble there were plenty of villains to including Modok, Red Skull, Ultron, Loki (Thor’s brother), Thanos, Black Order etc.

Avengers Assemble Season 1 first premiered on 26th may and the first episode was The Avengers Protocol – Part 1. In season 1 the main villain was Red Skull who was dying because of imperfect super soldier serum and tied up with MODOK who upgraded the tech system of Hydra with the help of AIM. They then kidnapped the Captain America because red skull wants to transfer his mind to captain america’s body. This way the Avengers Assembled and defeated the Red Skull but he took the armor of Tony Stark aka Iron Man. Red Skull even created his team called Cabal including Attuma, Doctor Doom and Dracula. Later Red Skull also included the invention of Justin Hammer’s Super Adapoid and Hyperion in his team. Avengers set their base in Avengers tower and agreed to fight with Cabal to save the world.

Avengers Assemble Season 2 first premiered on 28th Sept, 2014 and the first episode was The Arsenal. In Season two audience and fans witnessed the entry of one of the deadliest villain of Marvel Universe Thanos who was on a hunting of infinity gems (stones) to power his infinity gauntlet. In season one final episode Red Skull already gave Tesseract to Thanos. Avengers successfully defeated the Thanos because Arsenal drained all the power of infinity stones and later ultron managed to take over Arsenal’s body. Avengers also defeated the Ultron and with that Ant Man became the new member of Avengers. Thanos is also managed to escape from Galactic prison with the help of Black Order which team consists members like Black Dwarf, Corvus Glaive, Ebony Maw, Proxima Midnight and Supergiant.

Avengers Assemble Season 3 first premiered on 13th March, 2016 and the first episode was Adapting to Change and it’s known as Ultron Revolution. Avengers Assemble Season 3 mainly surrounded with the Ultron. In this season Ultron was back with more power as he absorbs A.I.M’s Super Adaptoid technology. Ultron tried to replace the humanity with robots where one main plot was to destroy the humanity from InHumans city. In this season one more villain entered called Baron Helmut Zemo and defeated Avengers to avenge his father’s death. After this he created his own team named Masters of Evil and the members were Beetle, Goliath, Screaming Mimi, Fixer and Moonstone.

Kang the Conqueror also came in this season who is considered as the master of time travel and has immense power. Truman Marsh dissolved the Avengers team in this season and added new members in it including Red Hulk, Black Panther, Songbird, Ant Man, Captain Marvel, Miss Marvel and Vision and named it Mighty Avengers.

Avengers Assemble Season 4 known as Secret Wars and first premiered on 8th August 2017 and first episode was “Assemble”. In this season the main task of Avengers to bring back Tony Stark from the time dimensions. New version of Cabal including key members like Leader (Head of the team), Arnim Zola, Executioner and Kang destroyed all the communication link with Tony Stark and Avengers. Cabal was able to activate fail safe which activated the static expander which captive all the avengers to time and space. Captain America instructed to Black Panther to continue their work until they found us and bring back to home.

Jane Foster located all the Avengers and new Avengers team members divided to bring them back home with the help of special tether bracelet. Vision and Wasp helped Falcon to bring back from Kang’s location. Ant Man helps Captain America, Hawkeye and Black Widow to escape from Dimension Z from Arnim Zola’s control. Black Panther and Hulk managed to escape from a hunt by Executioner in the Asgardian wilderness. Captain Marvel and Miss Marvel helped Thor to escape from Enchantress. When all Avengers came back to earth then they found that Thor’s brother Loki took over the earth who was the main leader of Cabal.

If you want to watch all Avengers Assemble season and all episodes then you can download Showbox apk in your Android phone and enjoy the series.