Each and every nationalist have pride on its country and flag. Every country flag has its own interesting story and significance. You may only know about how your country’s flag was designed or what the motivation was or who was the designer behind it is. Here I will discuss about some amazing and interesting facts about national flags.

Both the country Republic of Ireland and Ivory Cost have complete identical national flags as their tricolors are same but the difference is only that it’s in reverse order to each other. That’s truly an interesting fact about national flags of both countries.

Flag of Republic of Ireland

Monaco and Indonesia both the countries have identical flags in terms of colors and design. The only difference between 2 flags was size. Yes, flag of Monaco is little narrower compared to flag of Indonesia.

One more interesting fact here is that Poland flag is the opposite of above two flags Monaco and Indonesia.

Here both the country flags differ only in Blue tone color which is appears at first part of the flag. The romania flag has little light blue color compares to flag of Chad.

Libya flag was the only flag in the world which was in plain color during 1977 to 2011 period.

Vatican and Switzerland are the only 2 countries in the world which have square flags. That’s truly interesting and worth fact to know about.

The European country of Liechtenstein changed it’s flag design in 1936 when they discovered in Olympic games that Haiti has the identical flag of their flag. 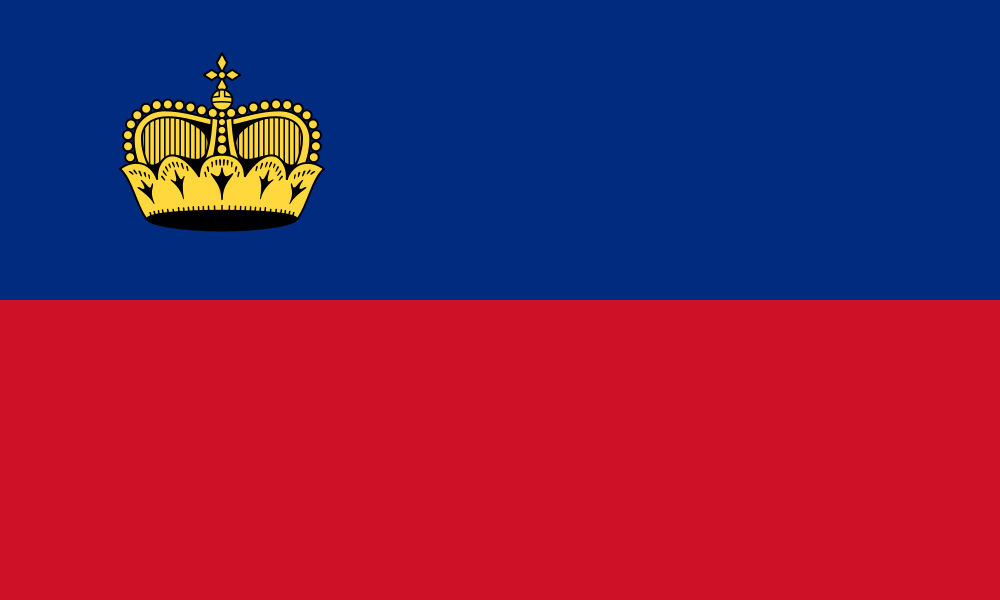 You often witnessed china’s flag and may questioned yourself as well why there is 5 stars on China’s flag. Well here is the answer. In China’s flag the big star represents the leadership of communist party where as other 4 stars represents China’s economic classes – peasants, workers, petty bourgeoisie, and patriotic capitalists.

Paraguay is the only country in the world which has 2 sided flag. Yes, Paraguay flag has different emblems on its obverse and reverse sides.

Obverse Side – National Coat of Arms of Paraguay

Reverse Side – Seal of the Treasury

These are the only 2 countries in the world that features buildings in their flag design.

Czech Republic’s flag was actually identical to Poland’s flag so later they added one blue triangle at the hoist.

Denmark’s flag has its own significance as they have the oldest flag currently in use which was designed in 1219 and still unchanged till date.

Note – In Denmark it’s illegal to burn any foreign country’s flag but it’s legal to burn their own flag but with all the respect.

Have you ever noticed any rifle in flag design? Well Mozambique flag has an AK-47 rifle design which is the only national flag in the world having such a modern rifle.

In the flag of Iran you will find Allahu Akbar word which was repeated 22 times in Green and Red letter.

Well Indian flag has it’s own glory and history but here I will talk about something else about it’s flag. Indian national flag holds the world record of largest human flag involves 43830 participants on 7th December 2014.

One more interesting fact of Indian flag is that Khadi is the only material allowed to be used in the flag.

The interesting fact about Bangladesh’s flag is that the red round which is appears in the center of the flag is not actually in the center. Yes, the red dot appears quite left side so it looks at the center point while it’s flying.

How can you forget Flag of Norway? Can you guess the interesting fact about Norway Flag? No? Well, let me tell you. The flag of Norway design has 6 other flags. It is also known as mother of all flags.

Yes, below 6 countries flag appears in the Norway Flag.

Flag of Nepal is the only non-quadrilateral flag in the world.

If you have any other interesting fact about national flag then let us know in comment box.

Engineer’s day doesn’t have a single date globally rather it celebrated on different dates in different countries. Each and every country had Engineer’s day...
Read more
Life

Travelling is always awesome no matter what where you are going. Whenever you are going on a long or short journey your loved one’s...
Read more
Entertainment

Wedding is one of the most important moments of anyone’s life. Wedding Anniversary is equally important because this day reminds us all the moments...
Read more
Life

Getting Tattoo anywhere on body is the wonderful way to express love. In today’s generation not just couples get the tattoo to showcase their...
Read more
Entertainment

My dad was my best friend and greatest role model. He was an amazing dad, coach, mentor, soldier, husband and friend. - Happy Father's...
Read more