If you owns any Android device then you can easily logged into Karaoke app to sing and record any song and can reach out to millions of audience worldwide. Karaoke apps has many background music which can be used as free music to sing and record favorite songs. Now you can easily record songs of your favorite singer including Sia, Taylor Swift, Ariana Grande, Justin Timberlake, Beyonce, Bruno Mars, Ed Sheeran and many other singers.

Here, we have compiled the best list of Karaoke Apps or Background music apps for singing which you can easily use in your Android device.

Smule is one of the best Karaoke app available on Android device. With the help of Smule Karaoke Android app you can easily sing and make music and can share with your friends. Smule karaoke app also allows you to record duet songs with the people across the world. Smule app has plenty of audio and video effects which can be used in your song while recording it. Smule Karaoke App has 100+ Million downloads so, you can guess how big this background music app for singing.

Features of Smule – The #1 Singing App

Karaoke by Yukee is also one of the popular Karaoke app available on Android play store. This Karaoke app has over 100+ million downloads and rocking the app store chart every day. This app also allows you to sing and record songs with your friends anywhere around the globe. Yukee has very supportive community of singers which makes this app standout app. This karaoke app is best background music app for singing for free in Android play store. 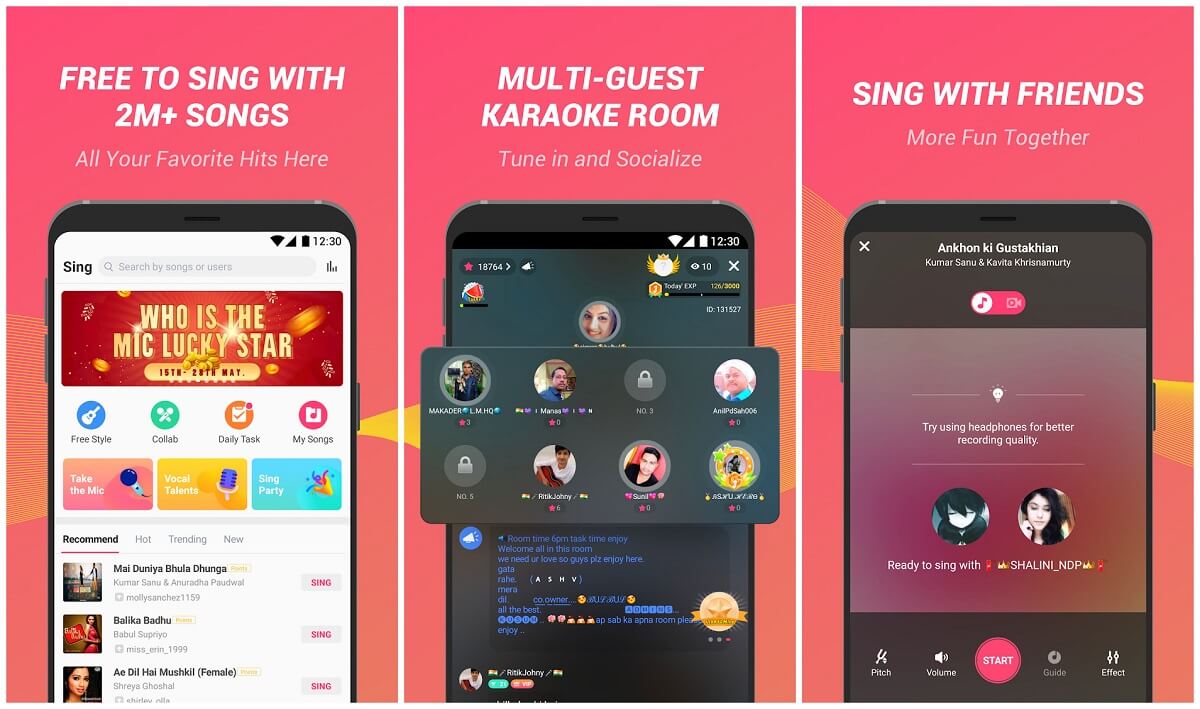 Kakoke is one of the most underrated Karaoke app available on Android play store. Kakoke karaoke app has 10M+ downloads and 4+ Ratings. Kakoke has list of plenty songs available along with the lyrics. This app has also the audio effects which can be used while recording the song.

Karaoke Online has over 5M+ downloads in Android Play store and has 4.3+ ratings. Karaoke Online is one of the easiest background music app for singing and has lots of songs including the songs released in 2019. Karaoke Online has also the lyrics of the song which makes easy for any singers to sing and record songs in karaoke app.

WhatsApp is one of the most popular instant messaging app used by millions of users around the world. In today’s generation most of the...
Read more
Business

What is a 651 Vinyl? Vinyl prints are growing in popularity thanks to its ability to make graphics and colors look brighter and defined in...
Read more
Business

What to Expect in CEO Coaching Courses?

Taking CEO coaching courses is an investment, but it will help save you money in the long run. Leaders who hire a CEO coach...
Read more
Business

If you’re expanding your business into the foreign market, you will need translators, and since you aim to make your brand successful, it’s essential...
Read more
Business

Business owners and employees need to learn the necessary skills to grow their businesses. However, most people in the industry struggle with a decision...
Read more
Business

Movies can be made on business, entrepreneurship, finance and other categories but the thrilling drama category tops the list is Stock Market. Whenever you...
Read more