By admin
May 21, 2016
EntertainmentTechnology

On a shiny day to make you laugh and smile StupidGag team collected some of the awesome and badass replies by SIRI to their users. SIRI is really popular across the globe but if you don’t know who she is then here is little introduction of herself. SIRI is built-in intelligent assistant in iPhone to speak natural language while their users command her anything. We recently use some of the hilarious questions on SIRI and her replies are really awesome which genuinely makes us smile. Below we listed top 20 epic replies by SIRI which proves that she is totally badass queen for iPhone users..

Let’s check out some of the badass replies by SIRI

#1 Who is Better? Steve Jobs or Tim Cook?

#4 When will the world end?

#6 Do you watch Game of Thrones?

#7 You are boring SIRI

#9 What cell phone is the best? 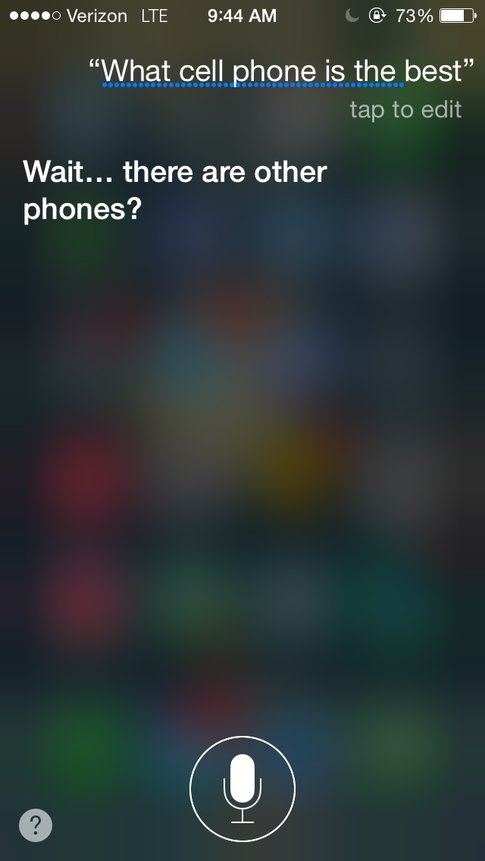 #11 Which is better Android or iOS?

#16 Show me naked pictures of you

#18 Why did the chicken cross the road?

#19 I broke up with my girlfriend

I hope you enjoyed these epic replies. Try above questions with your SIRI and check out how awesome she responds.

Wedding is one of the most important moments of anyone’s life. Wedding Anniversary is equally important because this day reminds us all the moments...
Read more
Entertainment

Birthdays are the occasion to enjoy, celebrate, for party, to fun and do many more activities. Birthdays are incomplete without celebrating it with friends...
Read more